Recognized by educators as being important for learning, this skill is required to develop directional concepts such as up and down and left and right. Children must develop an awareness of their own sidedness before they can understand where objects are in space relative to themselves. In the classroom children are taught to read from left to right, and letters can have the same shape but different sounds depending on which direction they face, so spatial awareness is critical for learning.

Another important skill required for learning is the ability to analyse and discriminate visual information to obtain meaning. Children need to be aware of the distinctive features of visual forms including shape, size and colour. Visual analysis can be sub-classified into four different skills:

Visual-motor integration is the ability to integrate visual information processing with motor movements, it requires visual analysis, eye-hand coordination and the integration process. It is an important skill in the classroom for writing, copying and drawing. Constant sensory feedback is required to monitor shape, size, orientation and spatial relationships.

Early in life, visual motor responses are used to explore and investigate objects in the world.

Later in life, vision is the major source of information, motor response is used to confirm.

Dysfunction can cause poor spacing and organization of written work and difficulty copying from the board.

Visual auditory interaction is the ability to recognize that a spoken word can be represented by written symbols.

Requires remembering the sequence and spacing of sounds and then integrating that information with the visual modality.

Required for establishing the proper association of sounds with visual symbols needed for learning letters and words. 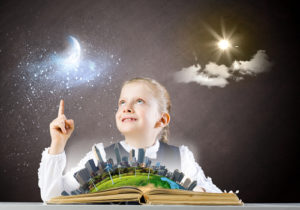 Visual imagery is where a child becomes aware of his or her mental images. It is the ability to recognize, recall and manipulate visually presented information.

Visual imagery is required to recall letters, numbers and words, important for reading, spelling and numeracy.

Some words are not phonetically correct and word recognition is required to spell them correctly.

Poor visual imagery leads to trouble comprehending what is being read.

Book An Eye Test
Email Us

Appointments for Saturdays after 2pm available upon request.

WE ARE HERE TO HELP

To make our practice even SAFER, we have elevated hygiene standards to meet current health department directions by implementing the following:

We are committed to helping our community, and those that are most vulnerable, to remain healthy throughout this challenging time.  If you have any needs or concerns, please call us on 9528 6991 to speak with one of our helpful team. Stay safe and healthy.